ATLANTA, GA – SpotGenie Partners, LLC, the Atlanta-based digital advertising delivery network, has updated their proprietary quality control software, SpotCheck, which automatically checks a TV commercial to ensure it is compliant with the Federal Communications Commission’s (FCC) Commercial Advertisement Loudness Mitigation (CALM) Act. The Commission-adopted “loudness law,” which requires commercials to have the same average volume as the programs they accompany, goes into effect on December 13, 2012, 1 year after the date of its adoption, giving broadcast television stations and pay TV providers until this date to be in full compliance.

Congress directed the FCC to establish CALM to regulate what it deemed “loud commercials.” After December 13th any commercial that does not meet the new requirements will be “kicked back” to ad agencies by the stations to be remixed. No longer will sound be measured by decibels but instead by using a new unit called LKFS. To determine “loudness”, one must measure an “anchor element” of sound throughout a commercial (usually dialog), then compare the loudest and the softest of these sounds. Commercials must not exceed -24 LKFS.

There are a few problems with this system. First, determining what the anchor element should be is difficult to standardize as all commercials are different. Second, the anchor element has to be measured for the entirety of the spot in real time. So, it is imperative that advertisers utilize a distribution service that is well versed with the CALM Act specs and can make sure that all spots are compliant before they are sent to stations or stations will be forced to kick spots back to the ad agency as they have no easy way to “fix” them.

SpotGenie’s SpotCheck quality control protocol takes care of the problem completely. As part of its 24-point inspection, spots exceeding the loudness specification of -24LKFS +/-2dB averaged over the duration of the spot are immediately flagged and corrected before the spot is distributed.

“In the past, a team of people reviewed each file and then previewed each spot checking a host of variables,” explained SpotGenie President/CEO Wayne Dykes. “Now that has all changed. Technology companies like ours have figured out how to automate much of the transcoding and quality control and eliminating human error in the process.”

“Lack of standards for digital audio recordings created the problem of widely varying audio levels; SpotGenie’s SpotCheck has solved it! By automating the CALM rules, SpotGenie has made it easy for their clients to adapt to an entirely new set of standards,” added SpotGenie Chief Marketing Officer Rudy Fernandez.

FASTCODER digitally prepares files for stations, automatically transcoding any master file to the specs of each station. Automation + Human.

Atlanta, GA – Always an innovator in the spot distribution[...] 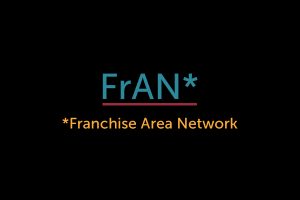